This is how you should responsibly spend your free time.

Get to work.
Cartoons & Anime
Favorite

Watch the First Teaser for Pixar's "The Good Dinosaur"

The Good Dinosaur asks the age old question: what if dinosaurs weren't wiped out by an asteroid millions of years ago?  Check out Pixar's newest film when it hits theaters on November 25, 2015.

Fallout 4 has been officially confirmed with the arrival of this brand new trailer.  Watch the video above and follow a handsome pup through an all new, significantly more colorful wasteland.

Is it weird that I'm excited about all those people who are about to die horribly?

The trailer brings loads of new stuff to see, but perhaps weirdest of all, the guy we assume is the player character has an audible line of dialogue!

Ted 2 Returns with Another Trailer Full of Cursing, Pot and Apathy

You can see all of the hijinks not shown here on June 26.

Have You Noticed This Sound That's Now in Every Trailer?

We're not talking about that BWAAAAAM sound from Inception which still manages to catch the ear of most composers. This is a really distinct ramping down sound like WUUUUUUUuuuuum.

Check out this great supercut of it from recent trailers. 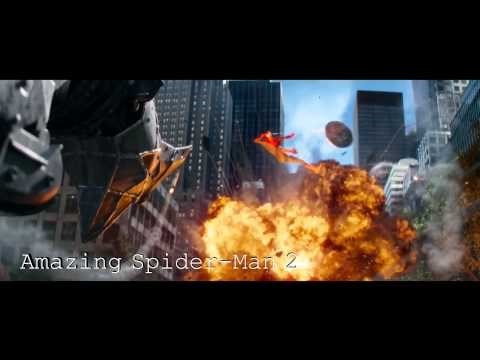 Mad Max: Fury Road Gets the Grindhouse Trailer it Deserves

You know that old saying, "The government brainwashed assassin is always the one you least suspect."

These are not only great words by which to live, but also the plot of the summer movie starring Kristen Stewart and Jessie Eisenberg American Ultra. Eisenberg plays the unlikely killer as he comes under attack. But all he wants to do is get back to his girlfriend, Stewart, and propose to her.

What's a brainwashed stoner to do!?

Stewart and Eisenberg last worked together on the critically acclaimed movie Adventureland, which also featured its fair share of drug use.

We know you put it out of your mind, we did as well. But Lo, the angels of Hollywood have spoken and the remake of 1991's classic Point Break will actually release this winter.

Here's your first look at the Keanu-Reeves-impersonator Luke Bracey and the nothing-at-all-like-Patrick-Swayze Édgar Ramírez doing death defying things in the name of some Robin Hood aspirations.

But here's the thing: Warner Bros. didn't want you to watch this movie and wish for more, no. So they turned everything up to 13, bypassing 11 and 12, in some slightly silly maelstrom of EXTREME action.

For instance, here's some surfing from the original:

And here's some from the new trailer:

Whether this trailer excites you or not, we can all be equally sad that we won't see Keanu trying with all of his little heart to speak Spanish in the near future.

You Can Sum Up This Cooties Trailer in Two Words: Zombie Children

"What we made a movie with zombies...

A New PIXELS Trailer Doesn't Make It Look Any Better

This new trailer introduces you to the more of the band of classic game champions who must join forces to defeat this suspiciously specific alien invasion.

It's also the first time I've realized that the Peter Dinklage character is completely based off of King of Kong's Billy Mitchell. Dinklage even plays the Donkey Kong champion in PIXELS. So, much like the rest of the movie, it's pretty on the nose.

Given that the last decade of summer blockbusters have mostly aimed right at the nostalgic feels, PIXELS seems like just another in a long run of cynical executive decision making. Let's hope it's more fun than that.

DC Comics' Supergirl is coming to TV this November. Following the adventures of Kryptonian refugee, Kara Zor-El (Superman's cousin), Supergirl looks like a lot of TV shows combined into one. We have a Devil Wears Prada-esque tough female boss in Calista Flockhart's Cat Grant, and a secret government agency dealing with extraterrestrial threats! How much awesome cliches can one show have?

Supergirl better be strong if she's going to carry that many plotlines.

We haven't seen a Del Toro directed movie since 2013's fantastic Pacific Rim, so you'd better believe the world is ready for a return to his particular brand of horror.

He told Deadline Hollywood that he wanted this film to feel like a "throwback" in an attempt to get away from the found-footage/B-movie horror that has grown en vogue over the past decade or so. And that's just what this movie appears to show.


If you can believe it, Crimson Peak will release in October. October 16 to be exact.
Advertisement
Pop Culture
Favorite

This week, the television 'Upfronts' are happening. All the networks trot out their upcoming shows so the media and critics can get a first look at what the rest of the year has in store.

It looks surprisingly like The Office. Though it has way more puppets.

TJ Miller Lays Out His, and Soon to Be Your, Favorite Trailer of the Year

It also features the year's best baby kick... at least so far.

Try to top it, filmmakers!