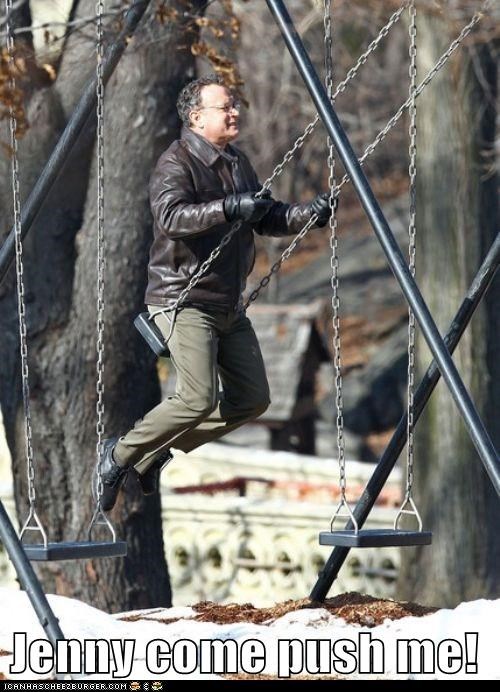 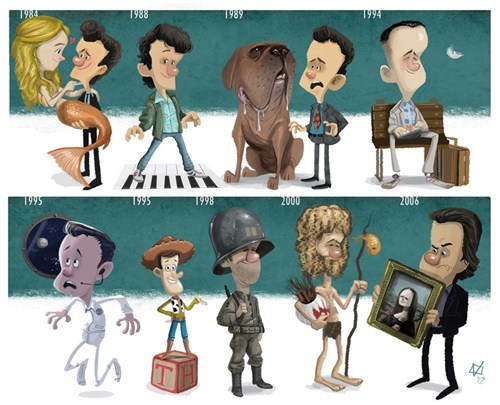 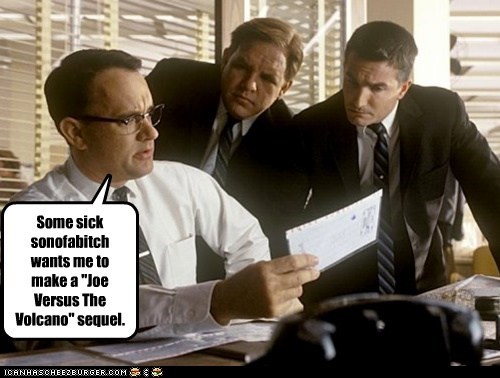 Said 'Come get me, bra' once too often! 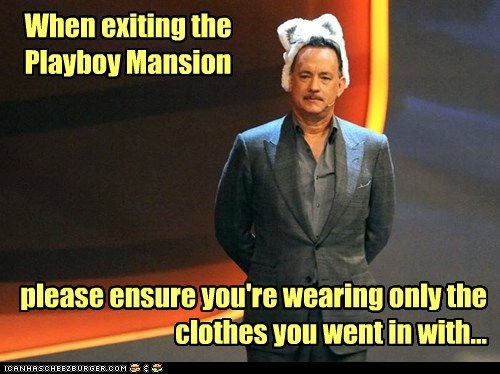 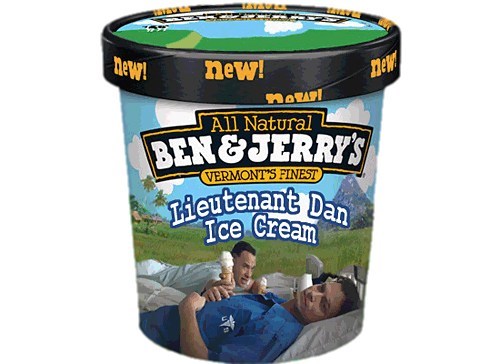 Via The God of Hellfire
Repost
Recaption

Video not safe for work because F word! 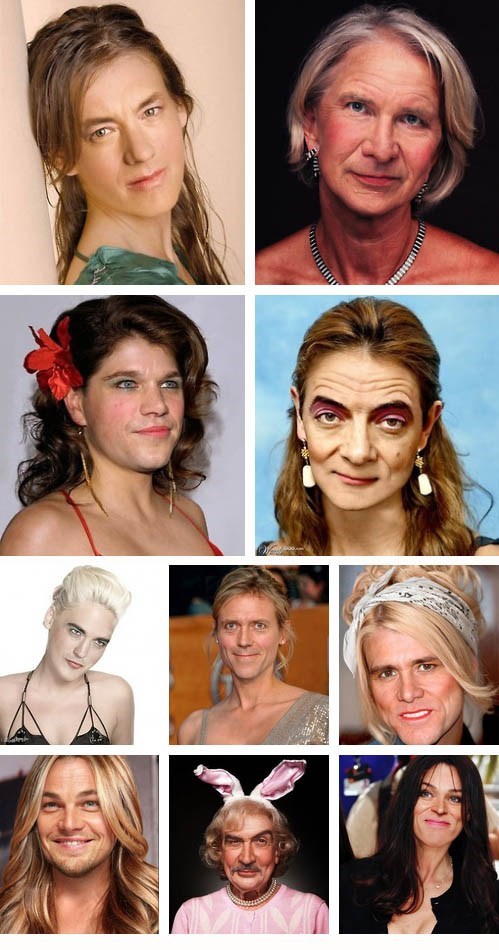 Via Worth 1000
Repost
Recaption

There, I Fixed It
Favorite

There, Tom Fixed It! 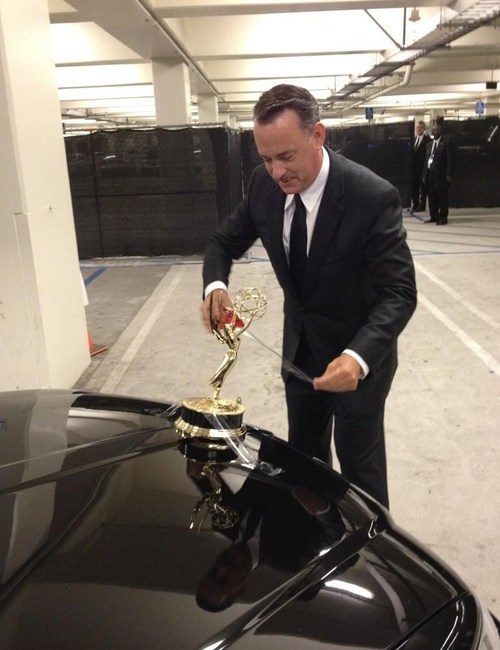 At this year's Emmy Awards, won the Emmy for Outstanding Miniseries or TV Movie for his work as a producer on political drama "Game Change." Not to be deterred by all the Rolls-Royce drivers out there, Hanks decided to pimp out his ride by making his Emmy the hood ornament on his Lincoln... with masking tape. Xzibit and the guys at West Coast Customs would be proud!

More fab funny from the world of showbiz over at ROFLrazzi!

Languaue and enligh do not compre to the works as recited by this man... 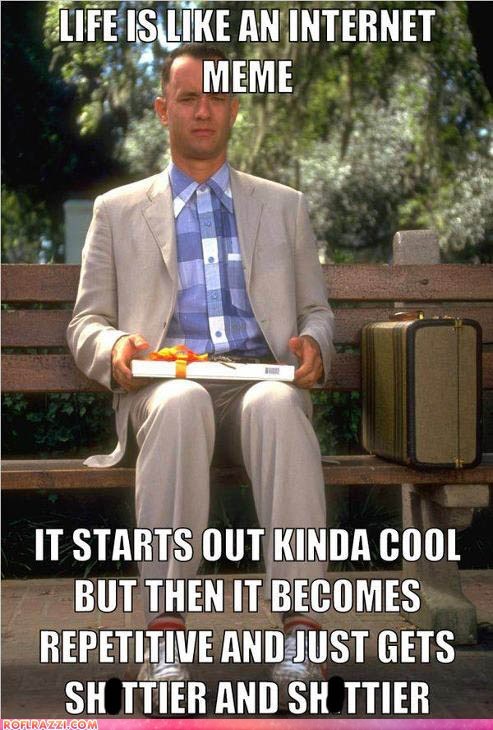 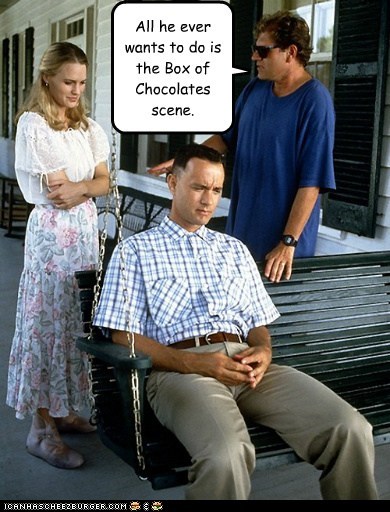 All he ever wants to do is the box of chocolates scene. -Robin Wright, Tom Hanks

I can do better 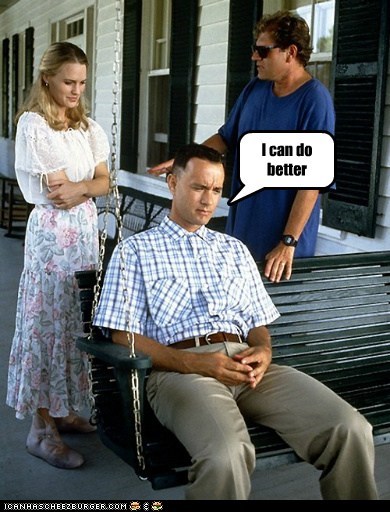