A Petition Exists to Bring Back The Hound 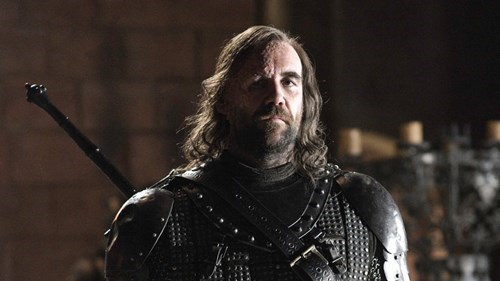 Many watchers aren't happy with the loss of Sandor Clegane AKA The Hound after last season's loss against Brienne of Tarth. While it never exactly shows his death, the character has remained absent from the aired five episodes of this fifth season.

So, those passionate few took their voices to the government's petition website Change.org, in hopes to get the attention of HBO, George R.R. Martin or anyone who could affect the shows writing. They want The Hound back.

"The fate of this character has been left up for debate in both the book series (A Song of Ice and Fire) as well as the television show (Game of Thrones), although many fans strongly believe that he still lives. As the fans, we believe that it would be an incredibly interesting story arc if he were to make a return," the petition reads. "While we understand that with so many characters, it can at times be difficult to fit another storyline in, we feel that the return of Sandor would be favorable to not only the story, but to the already impressive ratings and popularity as well."

If you have a passionate opinion about the fate of Sandor and his burnt body dashed against the rocks, maybe sign the petition and maybe your voice will be heard.
Game of Thrones
Favorite

Didn't Think the Brienne Vs. Hound Fight Could Get Any Better? Lightsabers to the Rescue

You Can Take Her on Weekends?

Game of Thrones Season 4 is Here and the Season Premiere Was as Awesome as Ever (Caution: Here Be Spoilers!)

Arya and the Hound walk into a bar. There were no survivors.

Not only did the premiere of season 4 produce content ripe for meme-ification, it broke the viewership record for the series with 6.60 million people tuning in. Combine that with encore ratings, and the viewers reached 8.2 million.