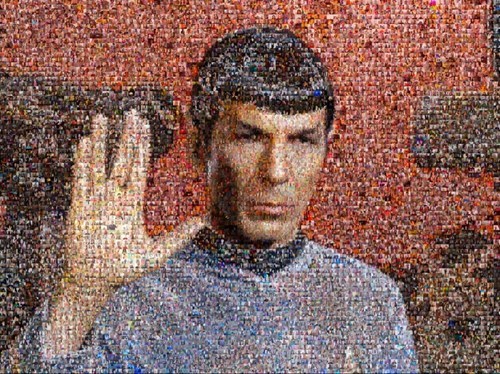 Who would win in a fight: the Millennium Falcon, or the USS Enterprise?

Worry not, professional huge nerd Adam Savage brings it home with some fantastic logic, though I for one assumed the Millennium Falcon would just run away and the fight would never happen.

In case you forgot, it's May 4, as in Star Wars Day. We will stop reminding you all day long.

But if you need a primer, this handy one from Star Trek: Voyager actor Tim Russ should fill you in on all the comings and goings of your soon-to-be-favorite characters. According to the Evening Standard: 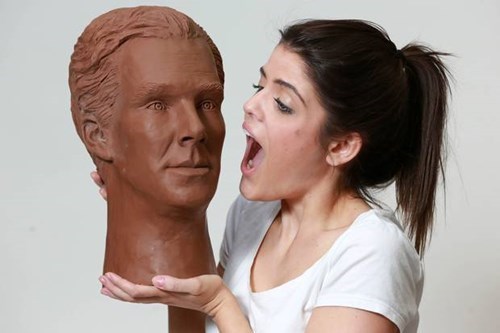 A lengthy and rumor-based report out of the Latino Review said that CBS is in the process of bringing Star Trek back to where it began. Namely, the small screen.

"GREAT news, Trekkers, CBS is looking to bring Star Trek back to TV...

We don't have too many details about the new Star Trek series CBS is going to get working on, but I spent some time filling you in on Federation, because it seems like the same people who made that pitch could be involved. Bryan Singer's name has been mentioned for the new CBS Trek as a possible Executive Producer through his Bad Hat Harry productions. While "Star Trek: Reboot the Universe" was invalidated by 2008's movie Trek, Star Trek: Federation still has a trio of enthusiastic producers, a script and a writer ready to go should CBS decide to give Singer the ahead to develop this new series.

Robert Burnett is rumored to be working on a non-Trek project with Skydance Productions (Skydance worked with Paramount, McQuarrie and Bad Robot on M:I 5) and simultaneously keeping one foot in the Trek world. He's currently producing (one of the producers) a project independent of all previously mentioned parties, Star Trek: Axanar, a 90-minute fan-made feature film about "The Four Years War," as mentioned in the TOS episode "Whom Gods Destroy."

If you've paid attention, this is not the first time we've heard it. Rumors clanged around the ol' Internet last year that growing original content maker Netlix wanted to take a stab at showing starfleet command. 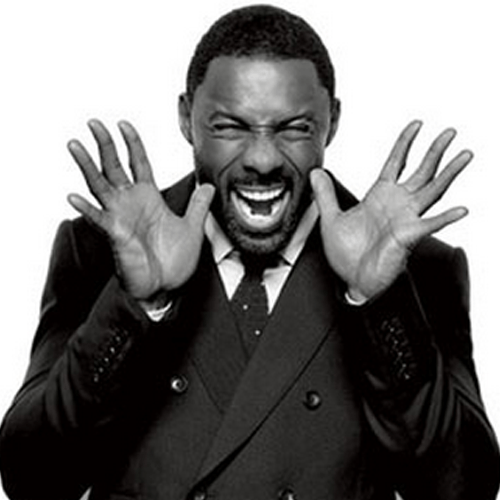 There aren't many details to share, but Variety is reporting that Idris Elba is in talks to join the cast of Star Trek 3.

The rumor is that he'd be playing a villain, possibly a Klingon, since until this point these classic Star Trek antagonists have had a pretty minor role in the series.

In the past, Elba has claimed he is "not a massive sci-fi fan" and expressed a lot of displeasure about his nerdy action roles, describing his work as Marvel's Heimdall as "torture" and his work in Pacific Rim as "brutal."  Elba appears to be much more interested in his roles as characters like Nelson Mandela, describing the difference between portraying him and Heimdall:


I’m actually falling down from a spaceship, so they had to put me in harness in this green-screen studio. And in between takes I was stuck there, fake hair stuck on to my head with glue, this f------ helmet, while they reset. And I’m thinking: '24 hours ago, I was Mandela.' When I walked into the set the extras called me Madiba.... Then there I was, in this stupid harness, with this wig and this sword and these contact lenses. It ripped my heart out.

Elba seems far from interested in being a sci-fi star, so it'd be surprising to see him in Star Trek.  Would you like to see DCI John Luther as a Klingon? 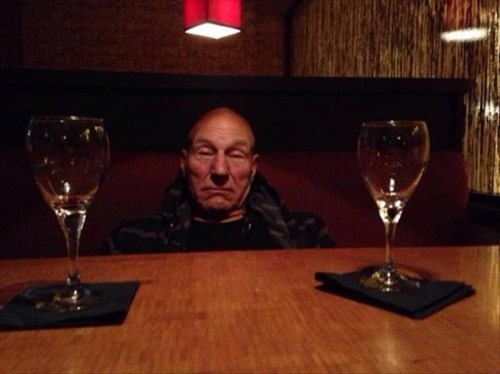 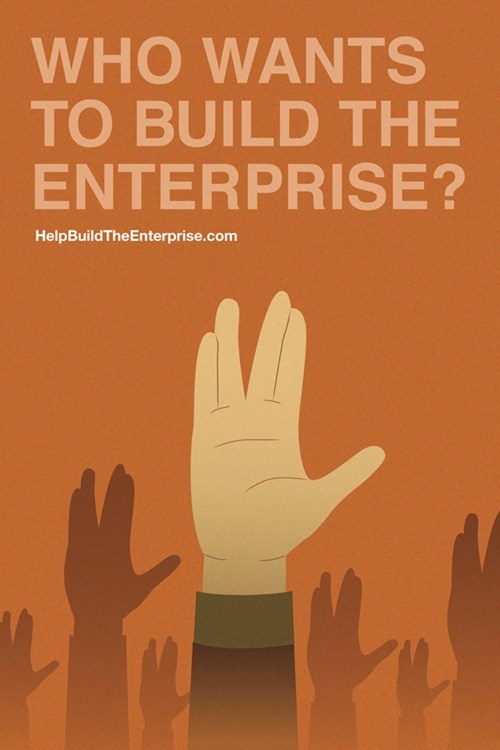 The town of Vulcan, Alberta has launched the most ambitious crowd-funding project in the history of space-time - $2 billion - with the goal of funding real-world warp-drive research. Is it even doable? There are legitimate NASA scientists who say yes. Is it a tourism stunt? Possibly. Is it kinda awesome anyway? F*ck yeah, it is.

Let Captain Picard Educate You About Styles of Facial Hair

Watch What Happens When You Image Stabilize Star Trek 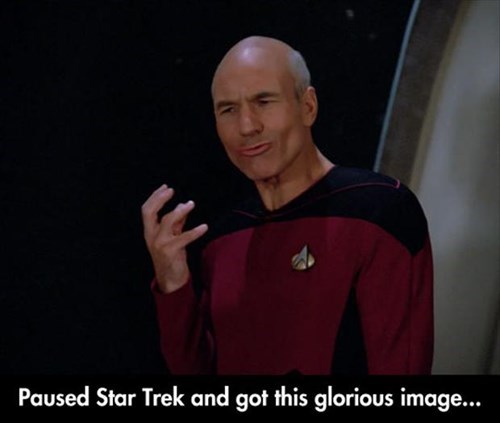 Grab Your Torches and Pitchforks...and Phasers 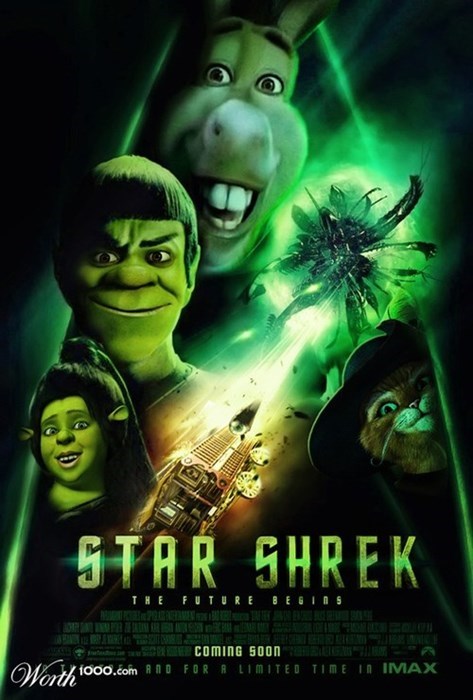 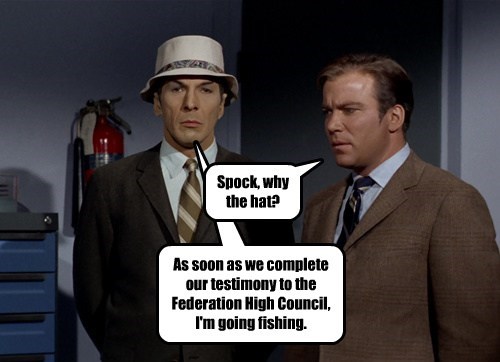 If Anyone Gives You Flak for Saying Patty's, Not Paddy's, Tell Them What Holiday You're Really Celebrating 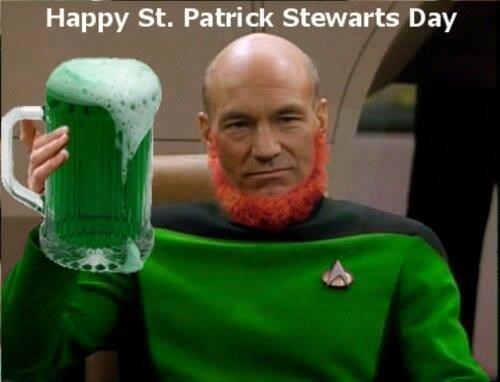