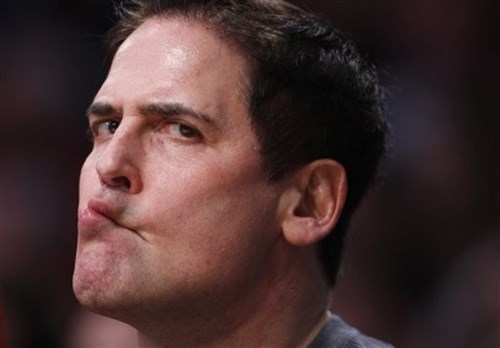 If there is a God in heaven this will happen.

"Would I consider?" Cuban responded. "Yes."

However, the "Shark Tank" star and outspoken investor said he would probably not end up accepting the hypothetical offer.

"Would I do it. Probably not," he continued. "I'm not cut out for politics. At least [the] way they are now. Maybe in the future if Trump truly impacts how the game is played."

So, yeah it probably won't happen. But Cuban did make a pretty good POTUS in Sharknado 3.

What to know how I became #potus for #Sharknado3 ? Check out this exclusive video ! pic.twitter.com/qphdHaBVj7

Perhaps he should reconsider?

Want to help name the sequel? Tweet your suggestions to @Syfymovies