Ricky Gervais Gets Serious for a Moment on The Tonight Show

They're Just a Couple of Word Sneaks

Via The Tonight Show Starring Jimmy Fallon
Repost
Recaption
Advertisement
I Can Has Cheezburger?
Favorite

Maybe You've Been Talking to the Wrong Satanists? 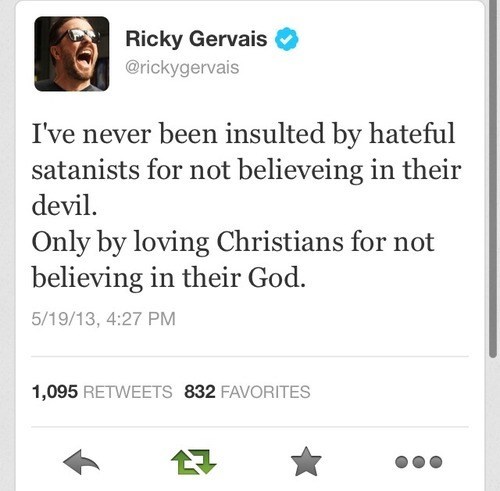 I Think I've Made My Point 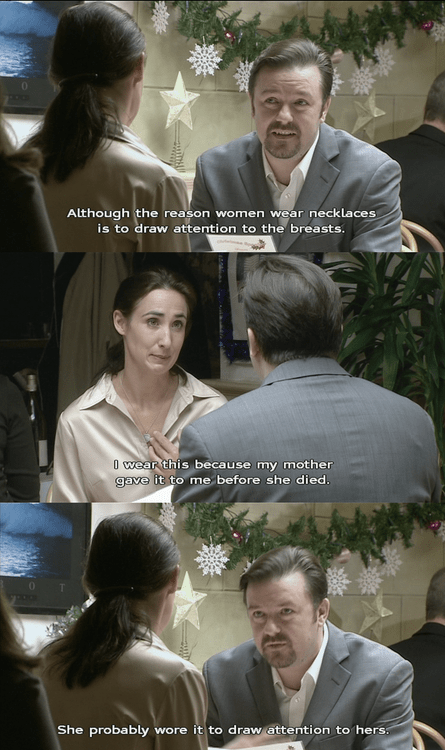 The Office: An Unexpected Journey

Pretty subdued. Not what people were expecting. Most of Hollywood was sweating his hosting return for no reason it would seem, with dated Justin Bieber and Kim Kardashian jokes. Such a shame. I think a lot of people were hoping Ricky Gervais would go after the Hollywood elite, but it ended up being pretty tame.

Humble, He Is Not. But Funny? Now That's A Different Story! 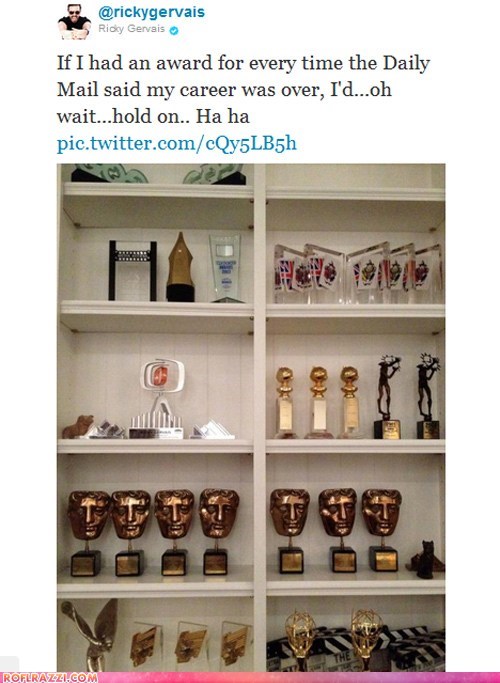 If I had an award for every time the Daily Mail said my career was over, I'd...oh wait...hold on. Ha ha -Ricky Gervais 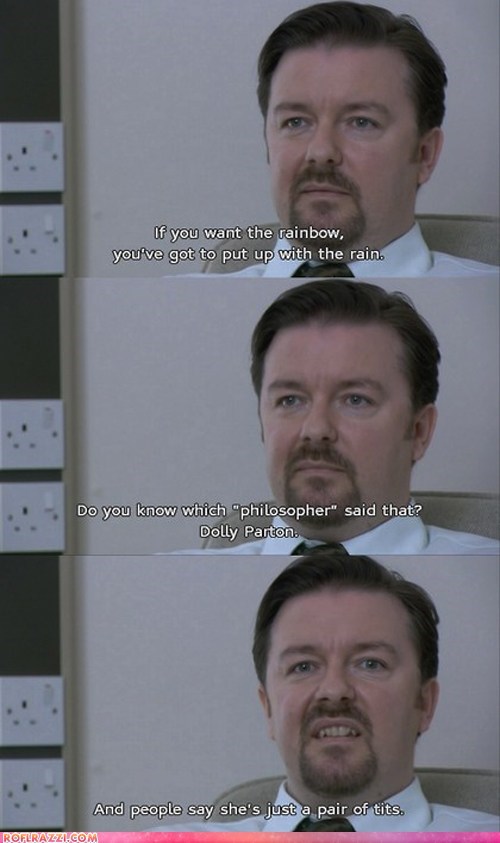 If you want the rainbow, you've got to put up with the rain. Do you know which "philosopher" said that? Dolly Parton. And people say she's just a pair of t*ts. -Ricky Gervais

Well, One of Us Will Have to Change... 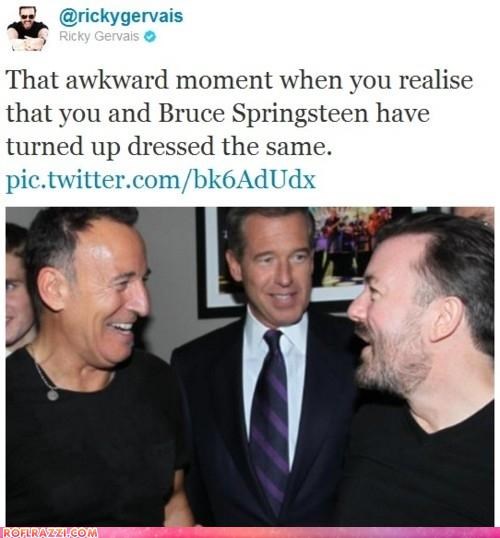 Actually, Ricky, I Think He Might Be Talking About You... 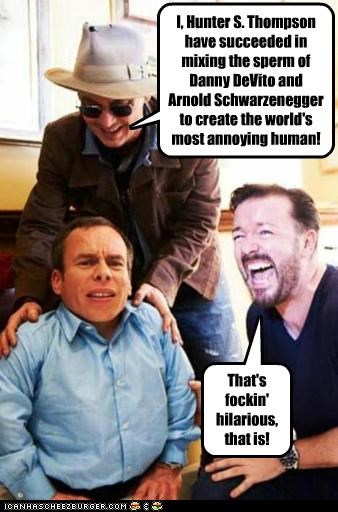 I, Hunter S. Thompson have succeeded in mixing the sperm of Danny DeVito and Arnold Schwarzenegger to create the world's most annoying human! That's fockin' hilarious, that is!

Johnny Depp Gives Ricky Gervais A Piece Of His Mind

Gervais Is On To Something Here... 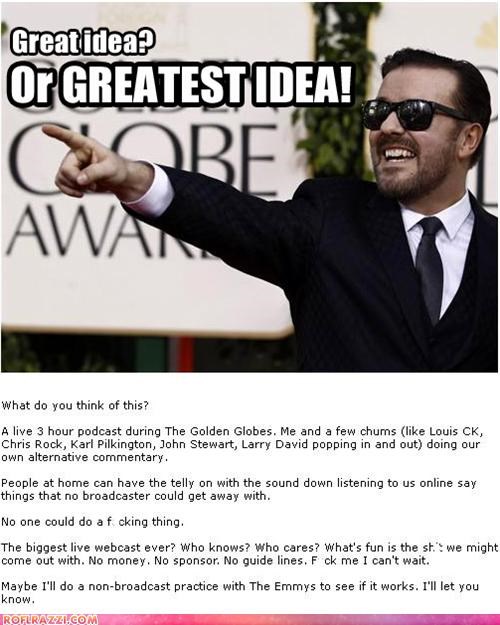