At a recent concert in Albany, Sir Paul McCartney noticed two signs in the crowd, one saying "He won't marry me 'til he meets you" and the other saying "I've got the ring and I'm 64." The two were called up on stage and the rest is history! 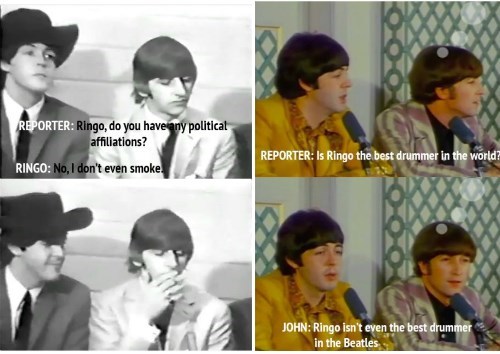 They're Definitely Here To Stay 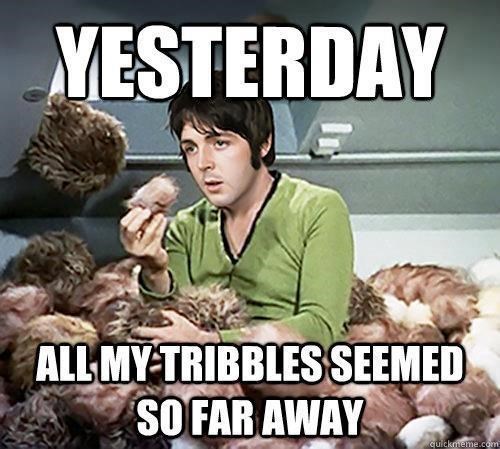 To Boldly Go Where Nowhere Man Has Gone Before 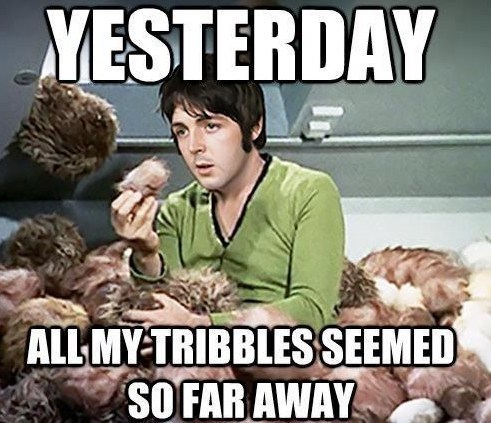 Good on You, Sir Paul! 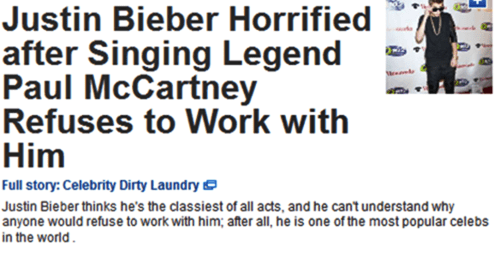 Freedom Sandals Are so F**king Free 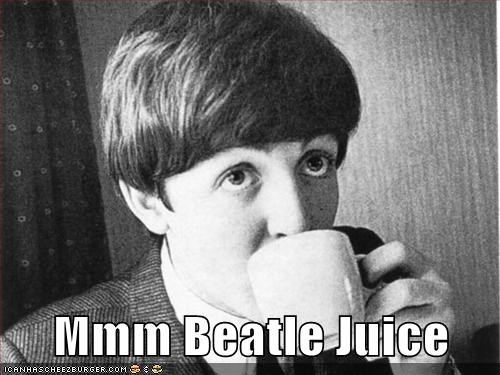 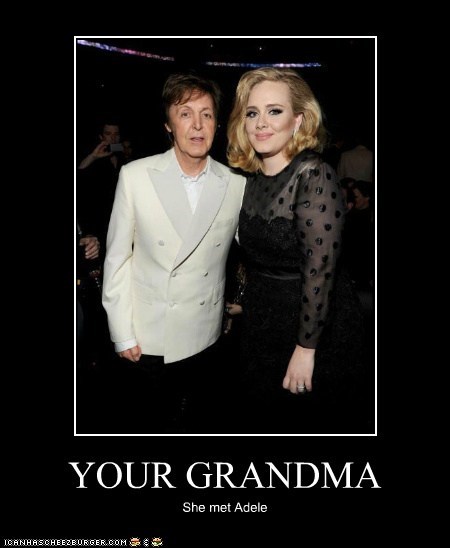 Poor Ringo... Nobody Remembers Him 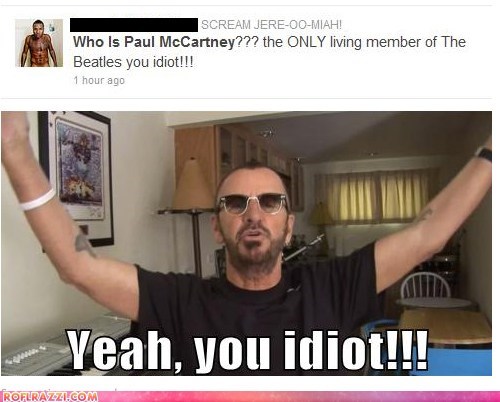 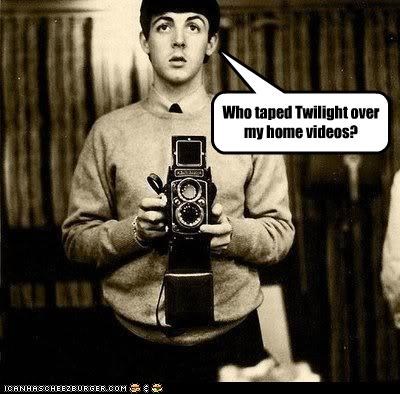 Who taped Twilight over my home videos? -Paul McCartney 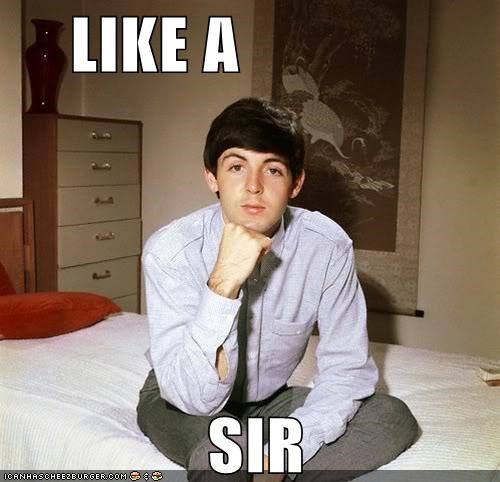 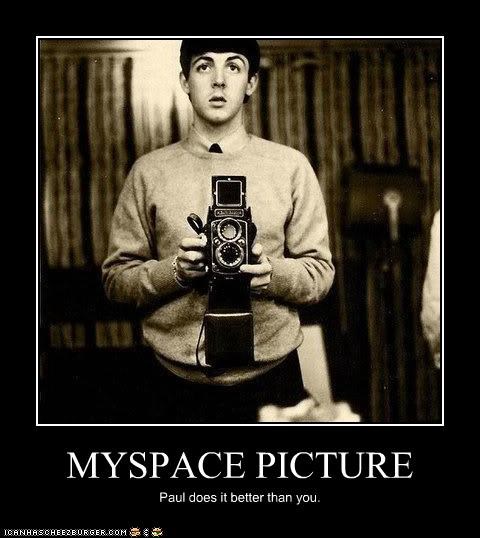 MySpace Picture Paul does it better than you. -Paul McCartney 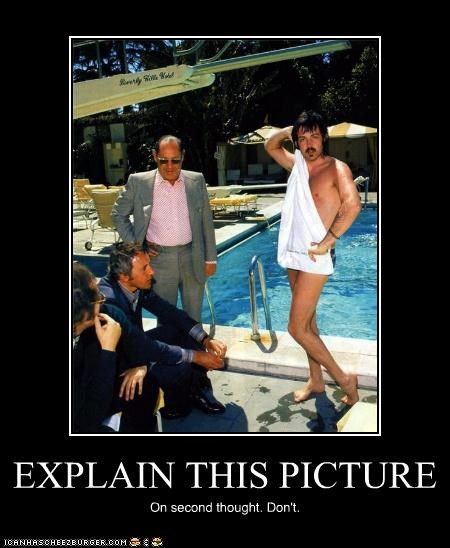 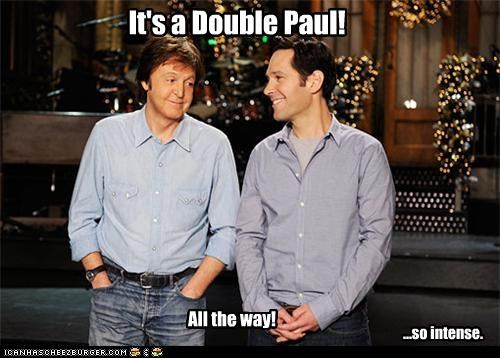 It's a Double Paul! All the way! ...so intense. (Paul McCartney, Paul Rudd)