orange is the new black 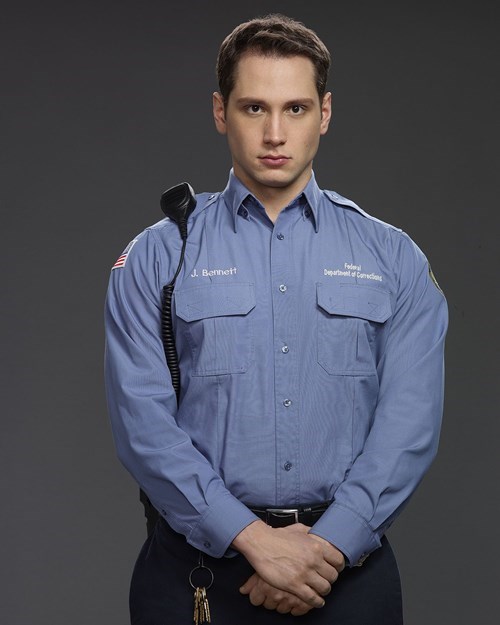 When he's not explaining to Orange is the New Black fans the difference between reality and television actor Matt McGorry is standing up for the female n*pple on Instagram.

He posted a shirtless picture July 8, onto which he photoshopped female nipples originally belonging to Miley Cyrus (left) and Chrissy Teigen (right). He explained that it was part of the #FreeTheNipple campaign, drawing attention to the rather ludicrous censorship standards of the photo sharing app, which has recently been playfully protested by Cyrus and Teigen.

In McGorry's own words, he lays out a very compelling and thoughtful defense for all nipples everywhere.

This is a photo of me from my bodybuilding years, circa 2010. And these are the nipples of @mileycyrus and @chrissyteigen (I hope you don't mind me borrowing them!) from their Instagram posts that were removed due to the dangerousness of their visible female nips. Can't you tell by how perverse my photo has become without my asexual male nippies? Sarcasm.

The banning of women's nipples may sound normal or even inconsequential as you think, "well, women's nipples are more sexual than men's nipples". But that's not some scientific fact. It's because of how our society so heavily sexualizes women. And it should be up to the individual woman to decide if she wants to show them, just like men have the choice.

If you have breasts, you might think, "I'm not interested in showing my niplets on social media or in public," in which case you should feel free to keep 'em swaddled! But shouldn't you support the freedom of CHOICE of the INDIVIDUAL woman to do this even if YOU don't want to? Like, even if you'd never be interested in joining a protest, wouldn't you think it's important to have the CHOICE to be able to legally protest, if one so chooses? The answer is yes.

At the heart of it, it's simply about gender equality and equal rights.

This time it's the cast of Orange is the New Black that receives the honor to star in an all-woman retelling of Quentin Tarantino's Reservoir Dogs.

They have largely the same conversation as the gangsters in the original, but somehow are way funnier.

If You Aren't Watching it Yet, This Orange is the New Black Series Trailer Will Convince You

We're just a month away from the June 12 season three premiere and hype couldn't be higher. If you're curious about the show, let this series trailer introduce you to the inmates and the intimacy of the Litchfield Penitentiary. 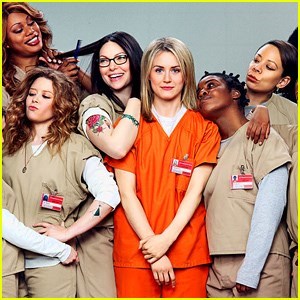 We're still almost two months away from the third season of Orange is the New Black, but that hasn't stopped Netlix from preemptively ordering a fourth.

So you can look forward to yet another 12 to 13 episodes of Piper dealing with the harsh world of the female penitentiary.


Here's some of what you can expect from the third season, coming out on June 21:

How long was her prison sentence, anyway?
Pop Culture
Favorite 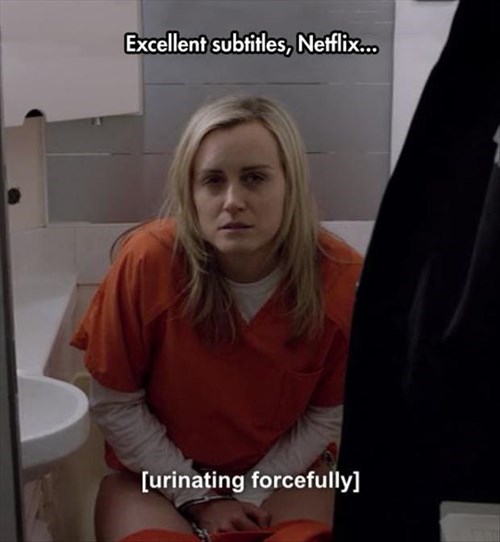 There was a problem rendering this video - it may have been deleted.
Via Funny or Die
Repost
Recaption
Advertisement
Pop Culture
Favorite

Prison Is No Joke...Unless You're Watching the Season 1 Bloopers From "Orange is the New Black"

WARNING: Watch out for naughty language and material in this video. 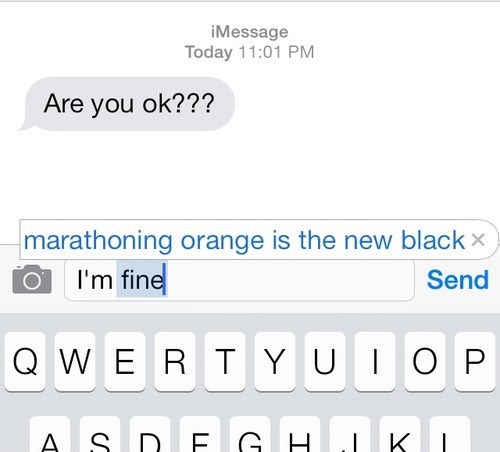 EDITOR'S NOTE Be ready for language your boss won't like. Real talk!