Now That Love Has Won, You'll Need a Divorce Lawyer Who Can Do the Same

Congrats on your gay wedding! Now, surely the many carpetbaggers will set up shop to help you on the way to your happily settled gay divorce.

Make sure you pick the best one.

This is funny and everything, but the real reason to watch this is to see Peter MacNicol and be forever reminded of Ghostbusters 2.

If this video is anything, besides being hilarious, it's a sign that you can take the Colbert out of the Report, but you can't take the Report out of the Colbert. It seems like politics will still play at least some part in his ongoing public persona, even if his beard will not.

This is great news. Except about that beard thing.
Memebase
Favorite

All the Best Reactions to Gay Marriage Becoming Legal Nationwide

It's an historic day in Washington D.C. and all across the nation, as the Supreme Court ruled 5-4 in favor of a decision that makes gay marriage legal everywhere. From the LDS Temple in Salt Lake City, UT to the superchurches in Texas, gay marriage is now the law of the land everywhere, whether opposing factions like it or not.

By now you know that the Supreme Court of the United States voted in favor of banning all state restrictions to marriage regardless of gender.

This is a pretty rad thing.

A lot of celebrities completely agree and spread their joy throughout the social media landscape. 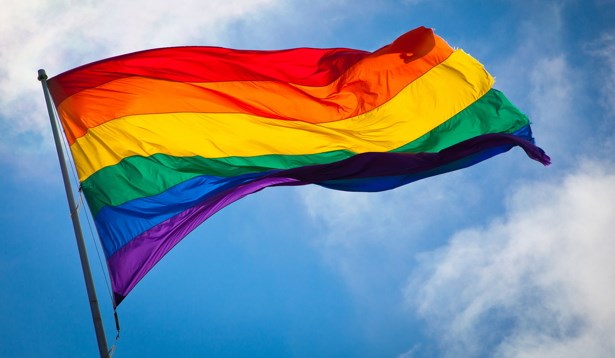 She restored her sister's faith in humanity. Did she restore yours?