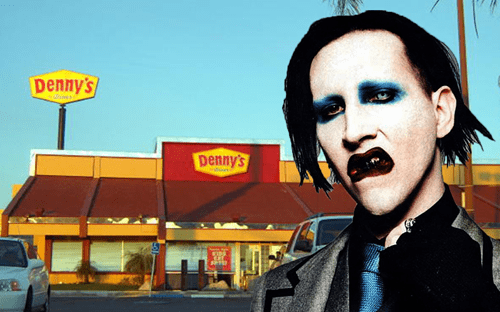 TMZ has reported that long time polite person Marilyn Manson might have slipped up at a Denny's in Alberta, Canada.

On tour for his new album, The Pale Emperor, Manson stopped off for a quick, quaint bite at 2 a.m. Then apparently he got mean to a nearby table, whose occupants proceeded to get punchy on Manson's face.

"We're told Manson got into an argument with a group at another table, and at some point allegedly called a guy's gf a b*tch.
The guy was pissed, and we're told he responded by punching Manson in the face."

It's a metaphorical, and maybe literal, black eye for the performer who always tried teaching America's young people to turn the other cheek. 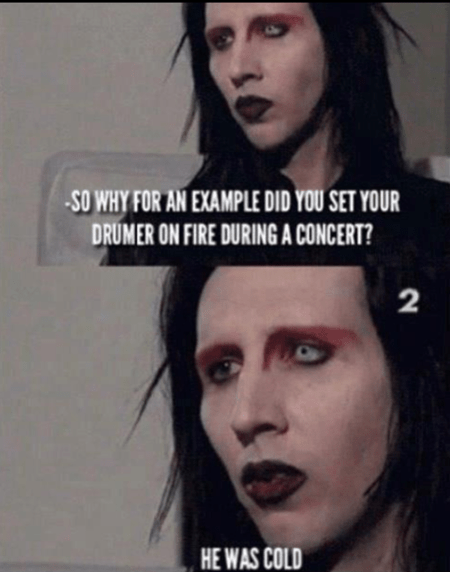 I Expected Marilyn's Crib to Be Less Colorful 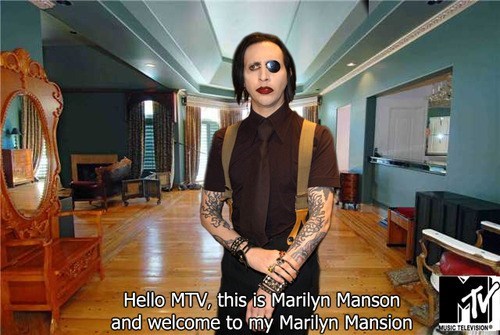 And That is a Scientific Fact! 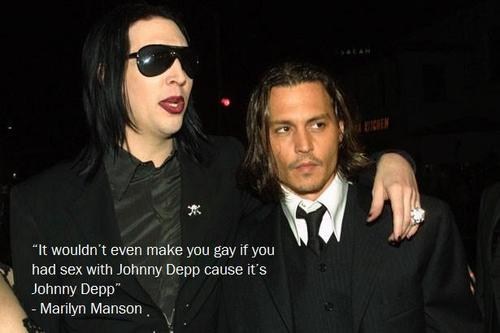 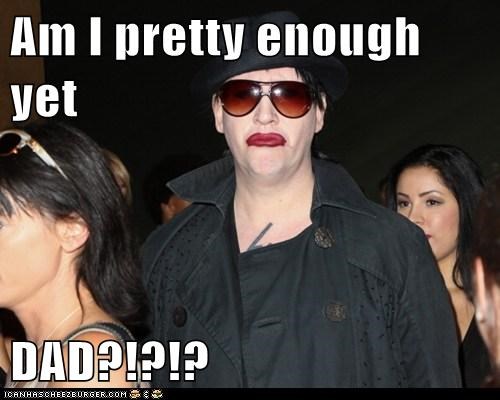 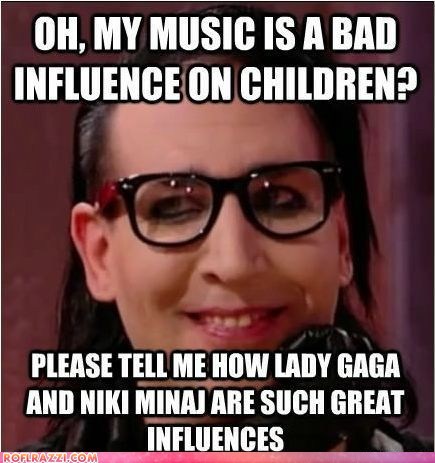 Why Does This Exist? 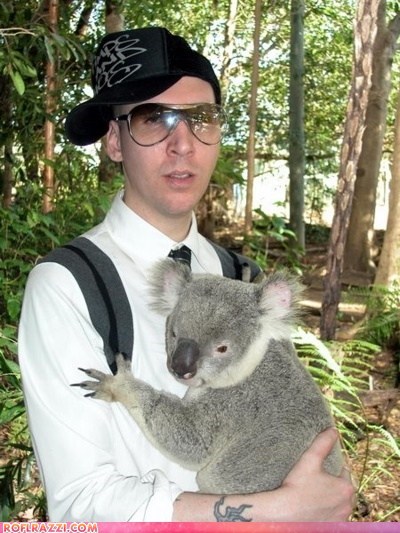 In what weird universe did Marilyn Manson turn into a suburban high school wannabe thug who loves animals? I don't even... 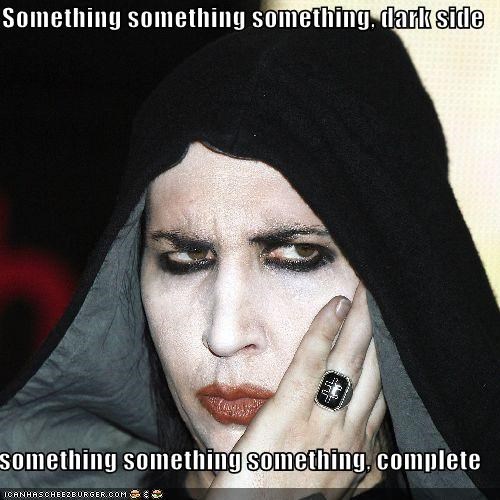 Always Two There Are... 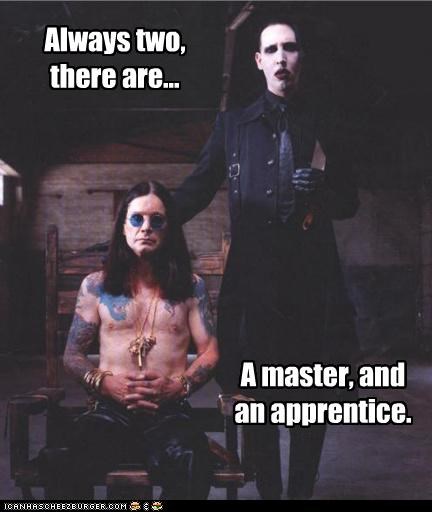 always two there are a master and an apprentice (Ozzy Osbourne, Marilyn Manson) 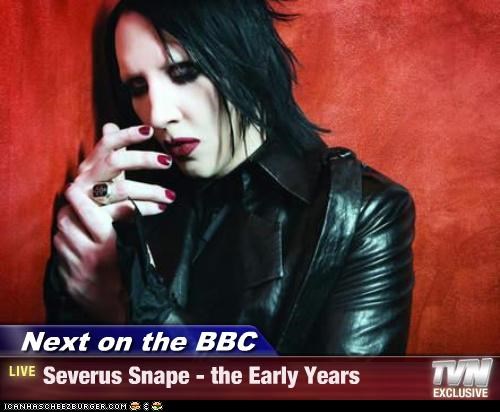 Next on the BBC - Severus Snape - the Early Years (Marilyn Manson) 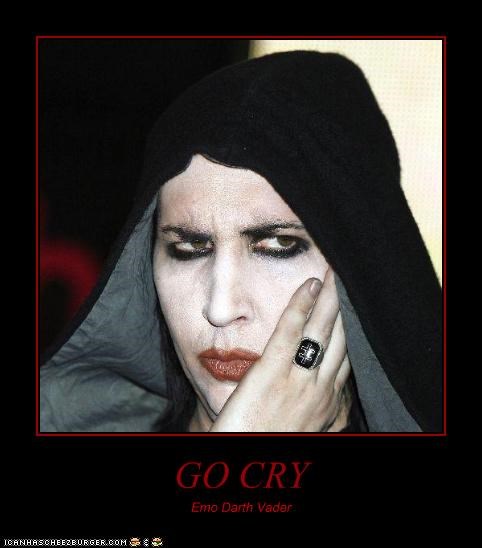 Tis The Season To Be Scary! 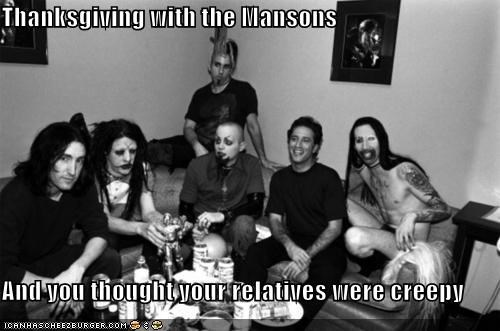 Thanksgiving with the Mansons And you thought your relatives were creepy (Trent Reznor, Jon Stewart, Marilyn Manson) 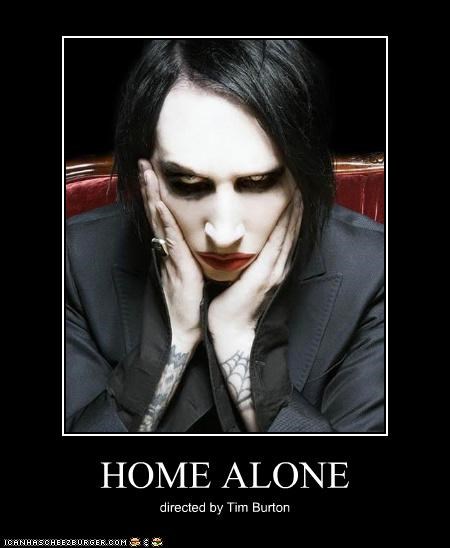 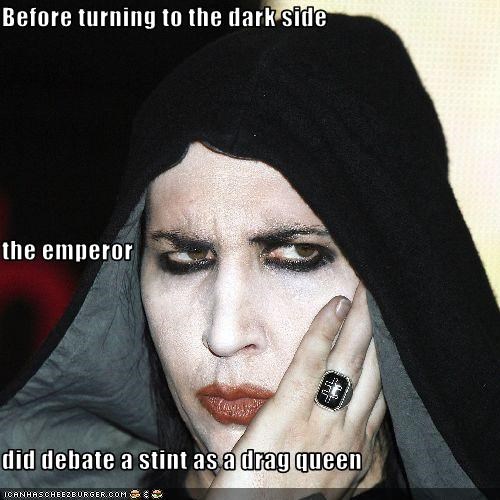 This is what happens when you don't hug your kid 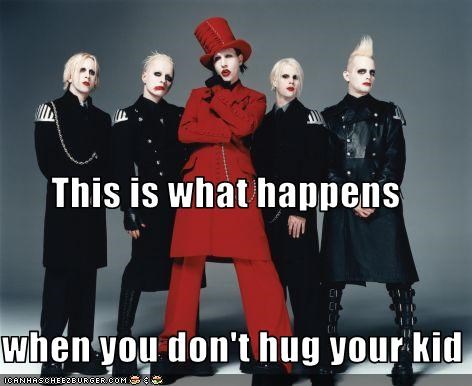 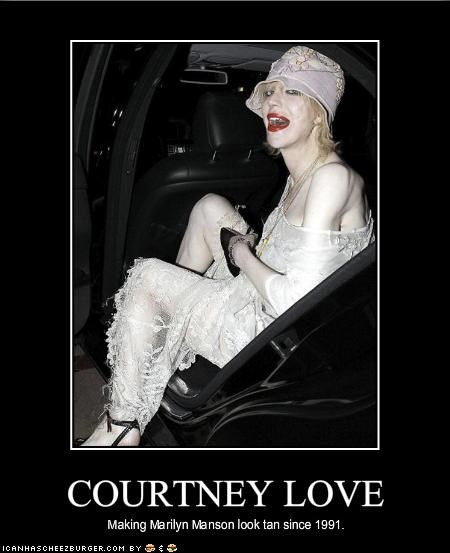