Weird Twitter Feud of the Day: Iggy Azalea Got into it with a Superhero Fan Site

They both should have far better things to do with their time and money, yet both actively engage with apparently whomever reaches out to them on the social network. The difference is that Rowling likes to set fans straight and guide them to better understanding, whereas Azalea just picks fights.

'The Last Airbender' is to movies what Iggy Azaelia is to music.

For whatever reason, Iggy decided to set things straight.

@Jazalean @superherofeed I think its another one of those jokes only middle aged men who get boners over comic book movies understand.

That would not stand for the honorable heroes of Superhero Feed. They felt the dire need to stand up and defend themselves.

You can insult my joke Iggy but at least I wrote it.

They referred to the reports that Iggy had a lot of help writing her breakout hit Fancy.

Azalea then, again for whatever reason felt the need to drop the mic:

@SuperheroFeed clever, ill just be over here enjoying my millions of dollars for doing nothing while you enjoy the Fantastic 4 ;-) xoxo

After pushing way back a concert tour and dealing with a flopped summer song with more Twitter feuds, you'd think Azalea would spend her time scheming on how to avoid that great, yawning pit of mediocrity that reaches for her career.

Everyone's gotta pick their own fights.

Looks Like Iggy Azalea is Preparing to Launch Her Children's Album 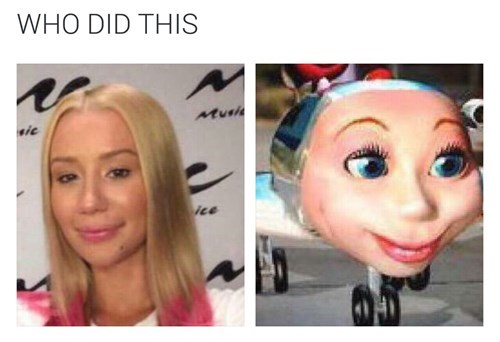 Britney Spears and Iggy Azalea leave the music out of their music video and the world rejoices.

This is also a perfect time to once again use this gif:

The hype surrounding a Brit & Iggy collaboration seems like it's been around for as long as people have been accusing Azalea of cultural appropriation. When in fact, it's probably only been around as long as Iggy's new b00bs.

Regardless, they released a song May 3.

It's not terrible and you will probably hear it all the time in the coming months.

The Herculean Task of Figuring Out WTF Iggy Azalea is Saying 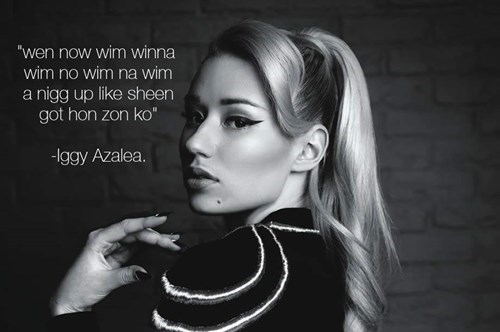