"You can ride a dragon, honey!"

A Note to the Residents of Westeros: the Mountain Sucks at Arm Wrestling

Europe's strongest man and The Mountain on Game of Thrones, Hafþór Björnsson, recently had an arm wrestling match with Devon Larratt, a professional arm wrestler weighing about half as much as the Mountain does. And Björnsson lost. Pretty quickly. Someone tell Cersei's enemies: there is an easy, honorable way to beat this guy.

Spoiler of the Day: Game Of Thrones Gets Another Crazy Fan Theory Around Jon Snow 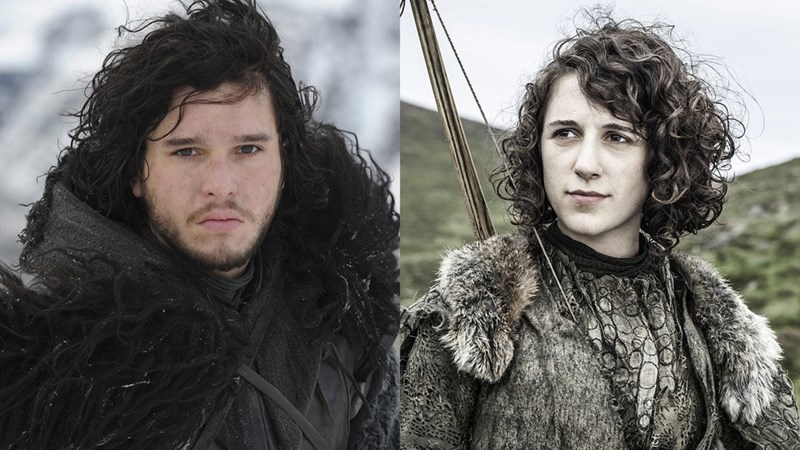 Tons of spoilers, yo.

Did Jon Snow have a twin sister?

Welcome to the wonderful world of Game of Thrones fan theories where anything is possible, everyone is everyone's brother/sister/lover/murderer and no one ever dies.

The most recent theory to ride the bloody waves of season five's finale is based around the prevailing R+L=J theory, which basically holds that Jon Snow is the son of Rhaegar Targaryen and Lyanna Stark. If you don't know about this, then watch the following helpful video:

Building off that theory and the presumed death of Jon Snow in the final scenes of season five, a new theory has sprung up, delicately explained by Mashable.

Here's where things get even more crazy. Some people are now combining an old theory – that Meera Reed, the girl currently with Bran, is actually Jon Snow's twin sister – with this other theory about Jon Snow's parentage; hence the R+L=J+M.

Despite the fact that Jon Snow looks a hell of a lot older than Meera in the TV series, this impressively in-depth Wiki of Ice and Fire lists the birth years of both characters as 283 AC – which would make them the same age. When you add in the fact that Lyanna Stark is also listed by the Wiki as dying in 283 AC (and Meera's supposed father Howland Reed was with Ned at the Tower of Joy on the day they went to find Lyanna), it seems like there's more than enough ground for a good old fan theory.

You know Meera, she's the gal with the bow and the sister of the mysterious Jojen. They weren't seen this past season and are probably still just hanging around with that old tree dude, who turned out to be the three-eyed crow.

If this theory is true, it basically means three things.

1. Jon Snow might actually be dead, despite mounting evidence to the contrary.

2. Meera's got a much bigger role to play than we thought.

3. Game of Thrones stole the plot of Star Wars and added lots of sex.

"My father has it, I have it, my sister has it, and they all did each other." — Jon Snow, maybe

Hmmm, What Could This Mean for Game of Thrones Season 6...

What a Realistic Cersei Lannister Cosplay 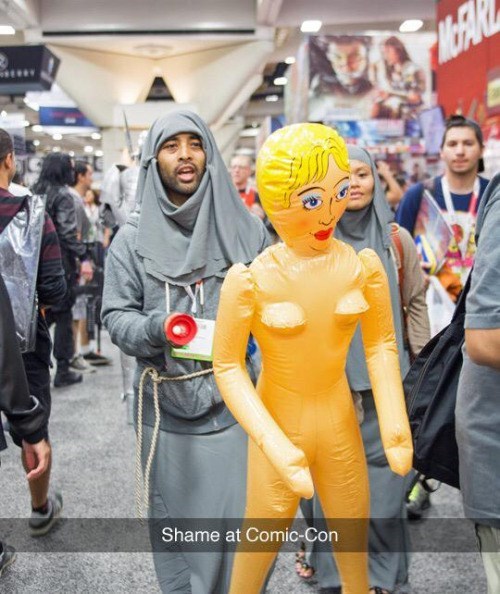 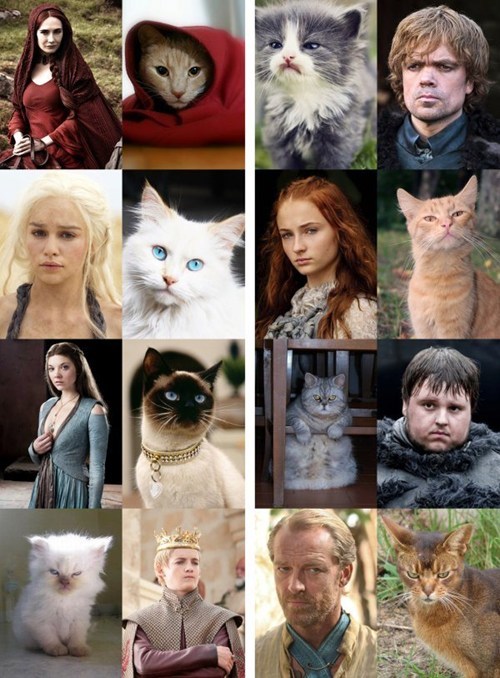 Via Game of Thrones
Repost
Recaption

Even though we're almost a year until season 6 makes us furious all over again, this makes it the perfect time to reflect on how season 5 destroyed part of your soul.

Other media wanted to get in on that act as well and here's a mash up of some of the best.

It looks like the power of his oxycodine-induced, self-designed throne has gone to Dave Grohl's head. At a show last week, he generously allowed a fan to play the drums for the old Foo Fighters hit Big Me.

There's no telling what happened to the regular drummer, but the possibility exists that they fell off the back stage and were not given the luxury of having a tour throne built for them.

It's good to have fans.

Ser Davos' Liam Cunningham Explains His Joy Over Still Being Alive, Desire to Be a Bobblehead

He also wants to double down on the notoriety of his character with an expansion of memorabilia. He probably thinks that the more representation his likeness receives, the better odds of the character remaining within the dangerous realm of Westeros.

So, he wants to be a bobblehead.

Luckily, the Internet is turned on today. So there is already a Change.org petition to make a Davos bobblehead. Game of Thrones never really has an off season.

After a gut wrenching season finale, like the one we got last month, the tide turns and instead of new episodes and outrage we get fan art and collections.


So here's a compilation to help you count down the days until we finally know what the eff happens after that final scene.

Maisie Williams Has Some Thoughts on that Game of Thrones Finale (Spoilers, You Louts)

Masters of the Universe Meets Game of Thrones 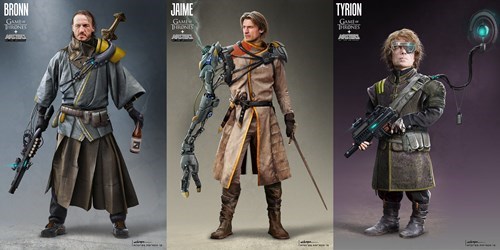 These neat sigils are a gift from Tumblr user ricbrunett.

They're also complete with the house slogans from the major players in this Game of Thrones.

What would your symbol look like? Got a slogan that would inspire fear in your enemies? 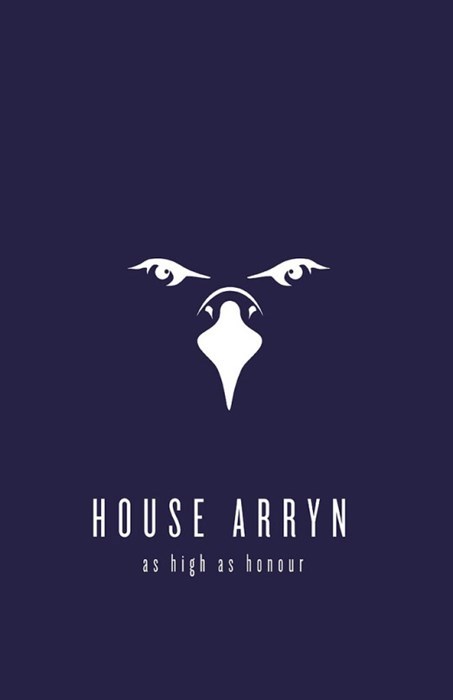 Aww, Cersei Finds Her Own Fun 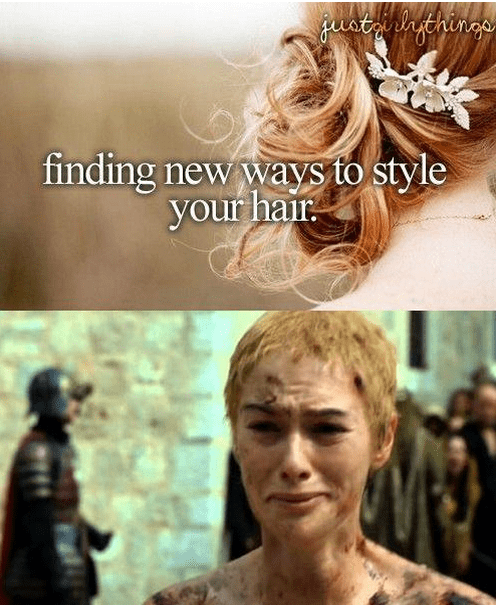 Brace Yourself — The Many Faced One True God is Coming

The beautiful redditor CarlosDanger100 has bestowed upon us this glorious set of heavenly images.


Enjoy the Many Faced One True God. 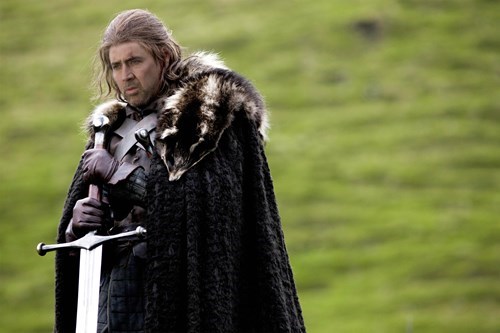