Pandering towards that part of us all that wants to make the Friday Night Lights father figure proud, the Austin-based movie theater chain hired Kyle Chandler to reprise the role.

What appears to be the start of another moving and effective speech before another big game gets interrupted by the thoughtless youth with their bleeping and buzzing cellular doodads. Coach loses it and we all feel as shameful as Matt Saracen must have felt when he got drunk with Riggins in the strip club in season two and Coach had to drive him an his injured grandmother home from the hospital. Remember?

The English language should really have one of those specific words to describe what it feels like to disappoint Coach Taylor.

Anyway, the PSA drives the point home in spectacular style with Coach changing the Dillon Panthers' credo into something more on-message for movie theater politeness. 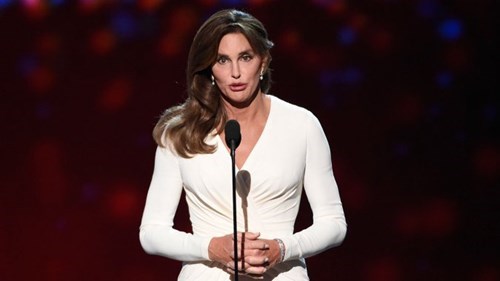 When Caitlyn Jenner accepted the Aurther Ashe Award for Courage July 15, for many it was an empowering, beautiful moment of acceptance for transgender people. Unfortunately, it sparked a row between the two minds most responsible for the acclaimed television show and film Friday Night Lights

Peter Berg, who directed the Friday Night Lights film and developed the series through its five-season run, was not too happy with the ESPY award given to Jenner. And like all people with opinions these days, took his voice to social media. So, here's where it gets a little interesting. Both the Friday Night Lights film and show was based on a book reported and written by Buzz Bissinger. Bissinger also wrote the the famous Vanity Fair article that introduced Caitlyn Jenner to the world.

Berg and Bissinger are cousins and worked extensively on both the Friday Night Lights film and television.

Bissinger gave a respectful response to Berg's comments July 16 through The Hollywood Reporter.

I love Pete,I am not in the business of censoring his comments nor he mine. He said what he believes, rare to begin with and unheard of in Hollywood where disingenuous discourse is the universal traffic.

Caitlyn Jenner gave a heartfelt and powerful speech. She was obviously humbled and honored. She is an inspiration to all of us who struggle with difference and that includes me.

American society is all too quick to condemn and humiliate.

Jenner's speech, of course, had nothing to do with this row, and many outlets are calling it a moving, powerful thing. So, if you'd like, watch the full acceptance speech below instead of treading through the criticism.