Witness the Terror of Disney Princesses as Dinosaurs

Jurassic World got it all wrong, guys.  Those scientists shouldn't have been trying to splice together a horrible super-beast, they should have been making Disney princess raptor hybrids!  Laura Cooper of XP Comics has done the lord's work for them and created these incredible Jurassic dames for your enjoyment: 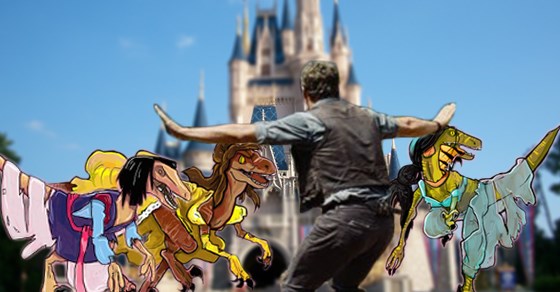 Observe the Five Stages of Watching a Pixar Film

Learn to leave out denial, friends.  There's no shame in your Pixar game!

Tumblr user Pugletto not only has some fantastic art work on her page, she also has a fantastic imagination and a love of Disney.

Sometimes I'll draw animal characters as people. Below you'll find a collection of drawings tailored to each universe - a complete 'what if' series of drawings, depicting human characters in the place of animal roles. 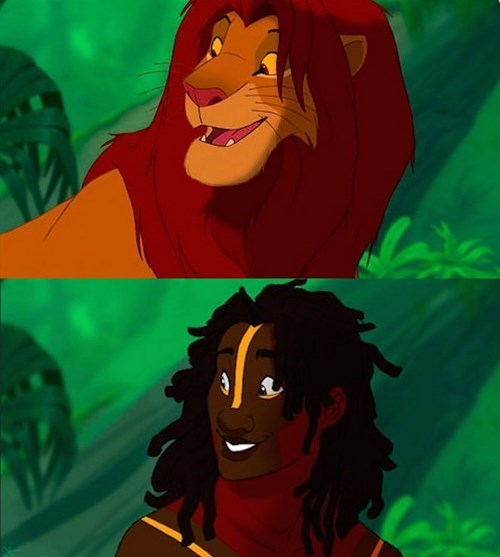 What Happens When the Broadway Casts of Aladdin and The Lion King Get Stuck at an Airport?

Beautiful music!  The casts of the Broadway versions of The Lion King and Aladdin were both stranded at LaGuardia Airport for over 7 hours due to weather delays and decided to pass the time with a sing off.  I've never wanted to be stranded in an airport before now, but if every delay went down like this one I'd miss all my connecting flights.

These are Disney's 5 Most Horrific Deaths

You've probably heard that Disney recycled animation to save time and money, but have you ever seen it in action?  This video places reused animation clips side by side for comparison.  Can't unsee!

Inside Out's Emotions Reacting to Avengers: Age of Ultron Perfectly Captures Every Time You See a New Movie Trailer

Mother of all crossovers! 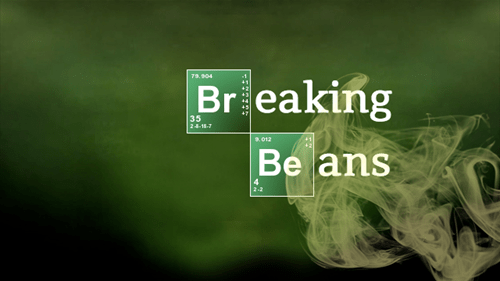 Hopefully Disney paid more than a cow to Breaking Bad and Better Call Saul creator Vince Gilligan for a revisionist Jack and the Beanstalk outline. Deadline Hollywood reported April 23 that Disney acquired the story, but that Gilligan's role with its production remains undefined.

"Gilligan has tapped Thomas Schnauz–who has won two Emmys writing for both Breaking Bad and Better Call Saul–to write the script. Gilligan will eye it as a possible directing vehicle, but it's very early days on the project. Gilligan and Mark Johnson will produce."

Yes, it's pretty odd that the man best known for bringing crystal meth production to your tv set not only took a stab at the traditional children's tale, but additionally that Disney would get in bed with him. Maybe Gilligan can bring some new take on what Bryan Singer so recently attempted in 2013's Jack The Giant Slayer. Maybe not.

Anything is Possible in Tomorrowland's Latest Trailer

Disney is Making a Live Action Winnie the Pooh, Too

Not satisfied with turning every Disney princess ever into a live action film star, Disney is now going after the animals!  Deadline reports that Disney is working on a live action adaptation of children's classic Winnie the Pooh.  Relative unknown writer-director Alex Ross Perry has been hired on for the film, which will focus on an adult Christopher Robin returning to the Hundred Acre Wood.  I imagine it'll be like that time a grizzly ate a GoPro, pictured above.

The Rock's Bambi reboot is also looking more and more real with every passing day.

There's Nothing Not to Love About This: Emma Thompson to Play Mrs Potts in Live Action Beauty and the Beast 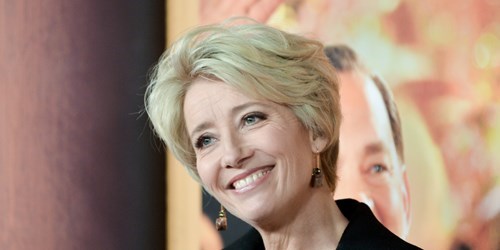 Veteran actress Emma Thompson has reportedly signed on to play Mrs. Potts in the upcoming live-action adaptation of Beauty and the Beast.  Kevin Kline has also been cast as Belle's bumbling father, Maurice.  U.S. Marshal Artemus Gordon and the always lovely Professor Sybil Trelawney will be joining Luke Evans, Dan Stevens, and Emma Watson in the film, which has been set for a March 17, 2017 release date.

Let It Go is Way More Natural Without Instruments

Makeup Artist Laura Jenkinson created these fantastic cartoon makeup mouths. Take a look below, and get inspired to take on a new voice! 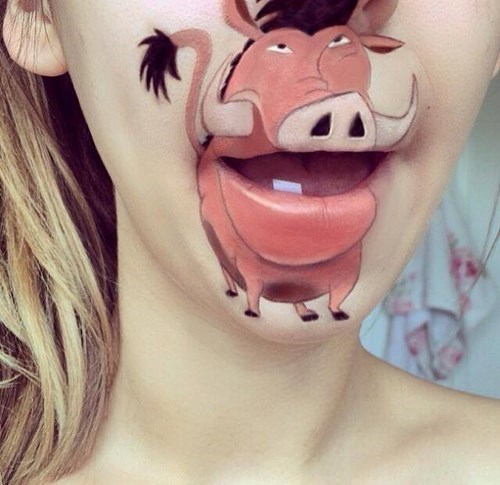 2 Year Old Dressed Up as a Stick Person

Proof That Disney Owns The World