Celebrity Politics of the Day: Morgan Freeman and Jack Black Implore You to Support the Deal with Iran

You may not think that Jack Black, Morgan Freeman and Orange is the New Black's Natasha Lyonne care a whole lot about the the White House's possible deal with Iran over the development of nuclear power facilities, but they do.

The celebrities join some notable political figures and even former spy Valerie Plame in drumming up support to pass the deal and to ask citizens to call their senators to ensure that the deal makes it through the Senate.

Colin Firth Finally Gets His Due

I'm Morgan Freeman Deal with it. 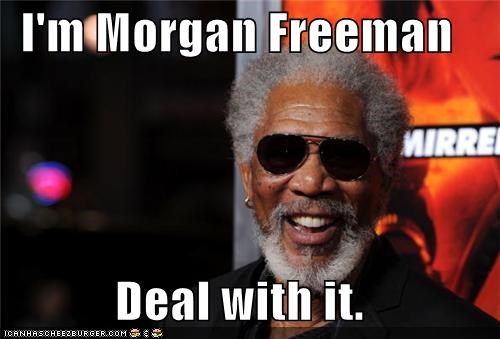