Here's What George R. R. Marting is Doing Instead of Writing the Next Game of Thrones Book

Conan O'brien is on a post-Comic Con streak, here. Especially since he was able to gain access to George R. R. Martin's home camera system.

And lo, we all learn what keeps Mr. Martin busy while his characters remain in some sort of literary limbo.

That trampoline does look fun, though.
Geek Universe
Favorite 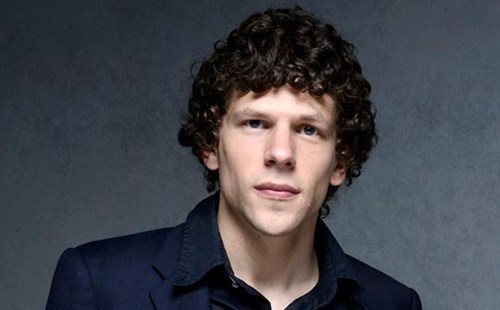 The Hunger Games Was the Most Tweeted About Movie During SDCC

Twitter analyzed which film panels from San Diego Comic Con were most tweeted about over the weekend, and the results may surprise you:

Where on earth is Deadpool? And Come on Star Wars nerds, where were you all weekend? You even had your own special emoji! 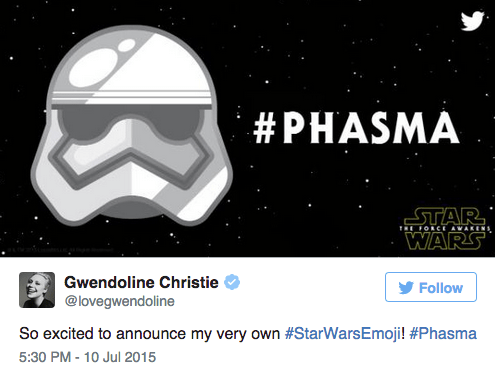 The top five most talked about celebrities are less surprising given Supernatural's cult following of a fandom:

Supernatural didn't take the crown for most talked about TV show, though; that honor went to Once Upon a Time:

Comic Con sure has come a long way from the comic book and superhero focused gathering it once was. Which film featured at SDCC are you most excited to see?

Looking as grumpy and mysterious as ever, Peter Capaldi plopped his big blue police box down on the Conan O'brien Comic Con stage.

He chats for a bit about his childhood love of Doctor Who and the fan letters he wrote for the first Doctor, William Hartnell.

And all the while the audience continues to shout their endearing love of Capaldi on the cusp of his second season return as the Doctor on September 19.
Pop Culture
Favorite

Warner Bros. Hopes Your Parents Raised You to Like The Man From U.N.C.L.E.

It was a 1960's MGM television show about a unlikely pair of spies, one American and one Soviet, who team up to save the world week after week.

At this point, you'd have to be in your mid 50s to have any lasting memories/sentimental atatchement to the property, but that won't stop the movie industry nostalgia machine!

The trailer, which will hopefully win awards for Most Unnatural Accents Used, is what you think it would be. The music is cool, though.
Advertisement
Geek Universe
Favorite

Remember when you lived in blissful ignorance and you thought there was only one Hunger Games movie left? Well, that probably isn't the case. In the same interview with Conan O'Brien where JLaw adorably sang Cher's "Believe" (see video above), Josh Hutcherson pulled a Peeta and accidentally revealed that there may be more Hunger Games films.

Conan asked the stars if there were any plans for a prequel or sequel to the series, to which Josh Hutcherson replied "there is. I’m sorry, I can’t say that. We’ll see what happens." Get it together, Peeta! This is why no one likes you. Learn to keep a secret!

Meanwhile, Conan provided JLaw with a swear jar and challenged her to say as many swears for charity as she could in 30 seconds. They were forced to bleep her swears for TV, but it seems like she gets pretty creative with her foul mouth: 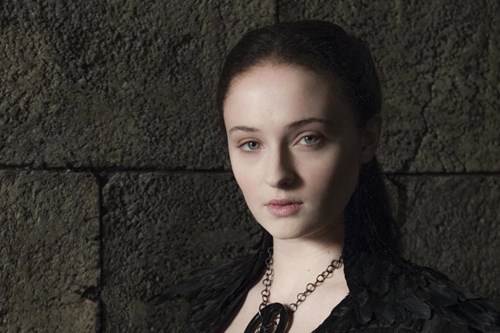 HitFix has just updated their live blog of the San Diego Comic Con Game of Thrones panel with Sophie Turner's reaction to her character's wedding night.

If you don't know what happened, obviously spoilers here.

For the rest of us, we remember far too well how Ramsay Snow forcibly took Sansa's virginity and the terrible spectacle of seeing the bottom of that character's tragic arc.

People got real pissed about it.

Anyway, Turner came out really positive on her character in an answer to an audience question:

"If there's one thing Sansa still is, despite what happened to her, she's still strong."

She was also asked about why the director chose to zoom in on Theon during the wretched scene.

"I don't know because I was giving a great performance.Sansa could've fought back but she chose not to. She does her scheming her mind."

So there you have it. Sansa has scheming afoot and let's hope neither of them broke their legs jumping off the turreted walls of Winterfell.

The First Look at Sherlock's Special


The variety of stars wanting to join the ranks of the X Men are a lot more varied than you would expect.

That's some real access he got there. Use your Comic Con power wisely, Conan.

Conan Drops a Doof as He Rolls Into Comic Con

For the more than 20 years he's been on television, Conan O'brien sure knows how to make an entrance. And this year's San Diego Comic Con is no different.

You can always count on Conan to do two things: Make fun of himself and roll with the times. He and Andy Richter pick the best and most self-deflating way to get from LA to San Diego — the Doof Wagon from Mad Max: Fury Road.

Conan may not have as rich a back story as the real Doof Warrior but there's been plenty of ways for him to learn how to get his Doof on ever since the movie's May release.

As he's done for the past couple of years, Conan will film his show from sweaty, steamy, media petri dish that is SDCC.