Surrounded by her family, Shirley Temple Black died at the age of 85 late Monday at her home in Woodside, Calif., according to the Los Angeles Times.


The little girl in curls who defined an era of big screen entertainment and lifted the spirits of many during the Great Depression and who later grew up to be a diplomat will be missed by many.

Oh No, I'm too smart to like Hanna Montana. 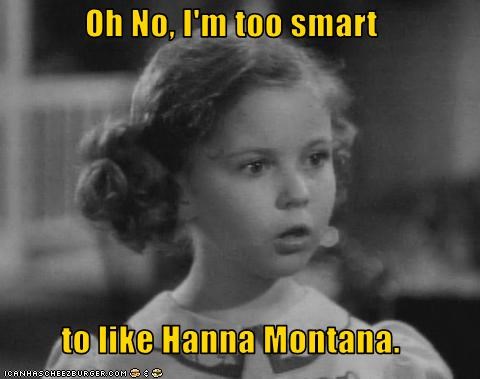