Queen Elsa Came Calling to the US Senate

It was a normal, serious day in the chambers of the United States Senate Finance Committee hearing on U.S. Tariff Policy until.... 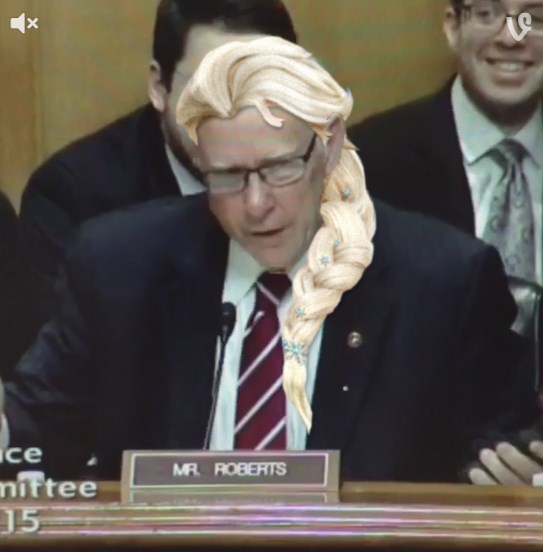 Just in case you thought there was no excuse for a grown man to have a ringtone of The Biebs, maybe this story of survival as reported by Elite Daily will change your mind.

No, the Biebs didn't do anything heroic. When Igor Vorozhbitsyn was en route to his favorite fishing spot in northern Russia's Yakutia Republic, he was attacked by a huge brown bear.

But then, his cell phone rang and the ringtone, "Baby," scared off the animal.

As the bear started clawing violently at Vorozhbitsyn, the Biebs' pre-pubescent vocals made the bear's ears bleed, and it ran off.

Wildlife experts believe it was the fact that the ringtone sounding off was so unexpected that it spooked the bear, but it's more fun to say the bear just really, really, hated that song.

Vorozhbitsyn suffers from severe bruises on his chest and face and cuts on his neck. Other fishermen found him after he was attacked, and used his phone to call for help.

Vorozhbitsyn says he knows the ringtone "isn't to everyone's taste," but it was his granddaughter that loaded "Baby" onto his phone "for a joke."

I think, however, that's just code for "I'm honestly just a true Belieber."