50 Cent Mocked P Diddy For Getting Arrested, Then Promptly and Politely Deleted It 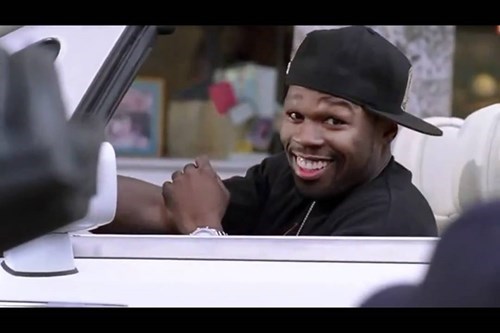 So now I guess Instagram is where rapper beef is born.

The news broke June 22 that P. Diddy was arrested for allegedly assaulting a UCLA coach with a kettlebell. Shortly after 50 Cent took to Instagram to post some chiding pictures and videos of the arrest. Then, after it came out Diddy would be charged with creating a making a terrorist threat:

Apparently, there were other, more on the nose, posts about the arrests, but Fiddy deleted them. The Huffington Post got the explanation.

50 Cent explained why he took the post down: As soon as Diddy was formally charged, "that's when it stops being funny."

"When it's happening and it's like, 'What? What happened?', I'm getting it like everyone else is getting it and just making fun of the situation," 50 said. "But when it gets to him actually being charged with something, you pump the brakes a little bit and see what happens with his actual case."

Despite the social media mockery, 50 added that as a parent, he understands Diddy wanting to protect his son against what he perceived as unfair treatment.

Way to try to keep it classy 50, but the damage might have already been done.